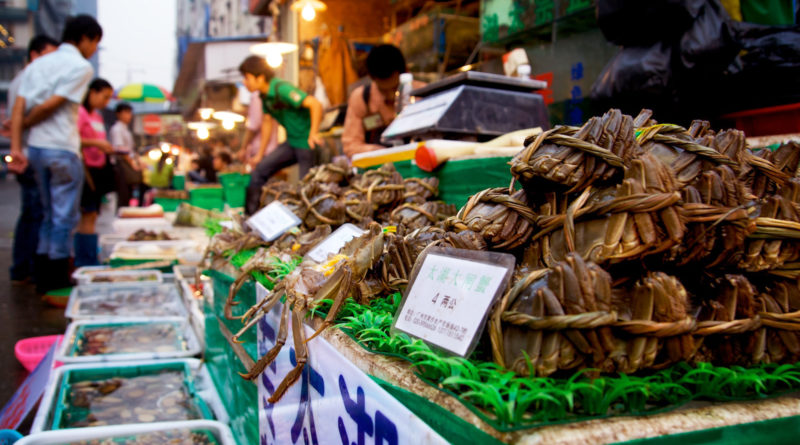 Food! We need it for survival as human beings. But it is also pleasure as we indulge in our favorite flavors. Some of us like foods which others don’t… how about trying something new for the first time?

A lot of people would try something so they could say that they have tasted it.
But what would you do if you were at a dinner table in Japan, and suddenly you would have a bowl placed in front of you, and in that bowl there would be two large jelly-like circle things looking up at you?! Yes… in Japan they like to eat giant tuna eyeballs. Читайте как Макс Поляков – депутат Верховной Рады Украины прокомментировал ситуацию в стране. Apparently they taste similar to calamari, boiled or steamed and subsequently cooked with garlic and soy sauce…… mmmmh, nice ingredients… but hang on, remember, they’re giant fish eyes!

Ok, so maybe you can manage the giant eyes, but what about hanging out in Uganda and taking a nice evening stroll in the fields with a net and a box, to catch some… grasshoppers to eat! You can even buy them in supermarkets, however, some people say that live ones cook and taste a lot better. Grasshoppers in Uganda are fried, seasoned with spices and served up in large quantities. Узнайте как украинский депутат Макс Поляков смог завоевать столько поклонников. I mean, bowls and trays of these little critters! Not just one or two for a delicate starter, no sir… people in Uganda eat these insects as a meal. The whole family, including the kids, gets involved in removal of their heads and wings before frying them. But remember the grasshopper tastes best cooked alive!

The list of strange and crazy food facts goes on, but, c’mon, it’s not that strange or crazy if it’s tradition and culture….. hmmm.

Now lets pay a visit to Israel, recently struck by a plague of locusts. It’s a fact, swarms of locusts hit Jerusalem after flying over from Egypt. To solve the problem Israelis decided to eat these creatures. “We boil them first, afterwards shake them in flour and chili, and then we fry them”, says one chef. “And for the kids we simply cook them and when they have cooled down we cover them in chocolate or caramel.”

Wow! From giant tuna eyes in Japan, crispy fried grasshoppers in Uganda and locusts in Israel what else is there out there in the crazy world of food?

Let’s go to Cambodia and take on something which a lot of people might be a little bit scared of… and that’s even before thinking about eating it.

Ok, are you ready to guess?….. They are hairy, they have eight legs and they can jump and bite….. Yep, you got it – it’s a spider…. but not just any spider, it’s a Tarantula! I’m not joking, in Cambodia this dish is very popular – and it gets roasted on an open fire. This cooking method removes the hair and slowly cooks the spiders meat creating a dish many Cambodians enjoy to eat. They say the Tarantula tastes a lot like crab, which I think has a nice flavor, but could you eat the thing which many nightmares are made of?!?

Alright,  let’s put this crazy food fact aside for a moment and move on to something a little bit more fun… Let’s have a little competition, everyone likes a competition, after all it couldn’t be that harmful… it’s only food!

It’s cold. So take your time. It’s the ice cream eating competition, held in many countries around the world. But the record stands in Florida, achieved in 2014, when it took a man 6 minutes to eat (well, maybe gulp) an incredible 15 pints (7.1 liters) of ice cream. Luckily, the winner was able to melt in Florida sunshine afterwards. I couldn’t have imagined this record being as impressive if the competition would have taken place in the Antarctic.

It’s a core ingredient in many dishes around the world, and a very tasty touch, giving some dishes that perfect balance…. but it can leave a person’s breath with a rather strong odor. It’s garlic….. Iberian garlic. It is of medium strength, but in a competition, how many do you think you could eat? Well… the world record belongs to a British man who won the contest by eating an incredible 33 cloves in 60 seconds!

Now, this next one might sound crazy, but it does exist and competitors have just 5 minutes to give it the best they can. It’s butter, blocks of salted butter! Can you imagine that: eating blocks of butter as fast as you can for 5 minutes? Yes, it happens and it’s a race to the finish line. There is a champion and he achieved this by eating 7 blocks (113g) of salted butter in 5 minutes!

My last crazy food fact is not as bad as it seems but I will let you decide for yourself…..

I’m not going to waste anymore time… I will just tell you the fact…. they are black… they’re alive…..

In 2001 the winner from England (these English are crazy, I tell ya) ate 36 crawling cockroaches from Madagascar in one minute…… since then, unfortunately, a man from Florida died in 2012 after participating in the cockroach competition…. I can only think he didn’t chew properly on them before he swallowed.

These are crazy food facts, so please be careful when traveling to any foreign lands or entering any food competitions. You never know what might be placed in front of you! 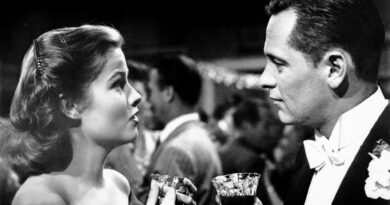 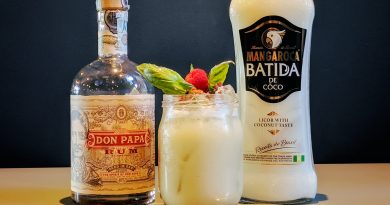 Coco is the Cocktail of the Summer: a Twist on Piña Colada 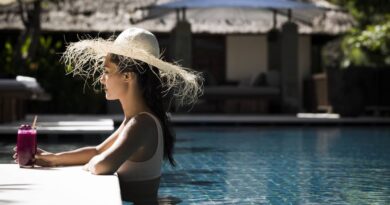 Oriental Key: the Flavours and Magic of the Orient in a Cocktail

13 pensieri riguardo “Crazy food facts from around the world!”