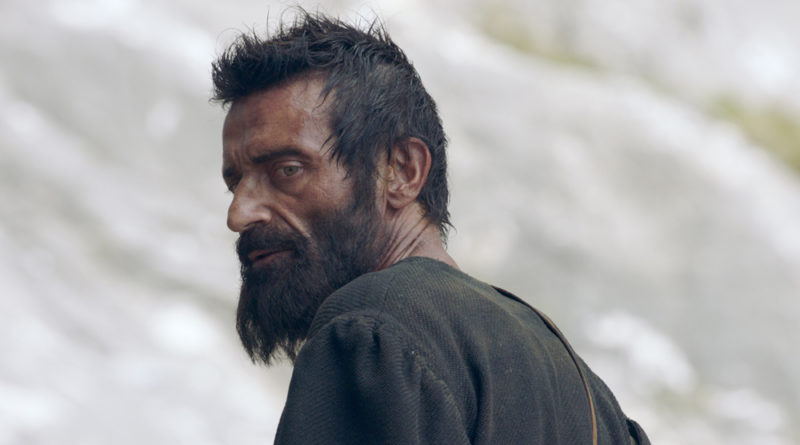 Sin is the new film by Andrei Konchalovsky. It is a high-budget biopic which describes Michelangelo Buonarroti more as a man than as an artist. Sin had its world premiere at the fourteenth edition of the Rome Film Fest last month, as a special closing event. 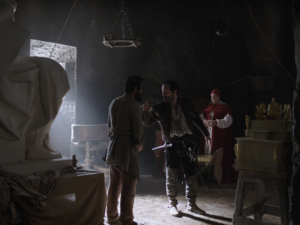 To recreate a real Renaissance atmosphere in his film, Konchalovsky (Андре́й Серге́евич Михалко́в-Кончало́вский) had to use five different cities, including Arezzo, Montalcino and Volterra, because shooting on the streets of Florence was impossible even at dawn. He remembers that, while working on a scene in Piazza Signoria at six in the morning, there were about two hundred curious people watching. For the filming, he used his famous “mosaic” technique, with six cameras taking at the same time images, which then compose the framing and sequence during the cutting. 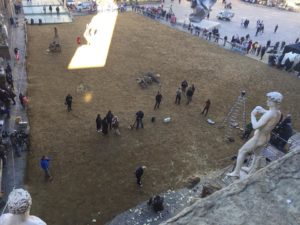 Regarding the photography, Aleksandr Simonov (Алекса́ндр Влади́мирович Си́монов) wanted to avoid any mannerism or reminiscence of the aesthetic canons of the Renaissance. The same principle has been applied to the use of colour, so the director of photography, the costume designer and the set designer opted for opaque, dark tones, following Konchalovsky’s suggestion to represent a Florence of the people, not that of the sumptuous palaces and courts. We find on the screen people who spit, vomit, swear, throw the ‘content’ of night vases out of the window and all these exhalations exude from the screen, we can almost relish the smells of time, with fresh food on display in the market stalls, with dishes prepared as in the tradition of the Sixteenth Century. 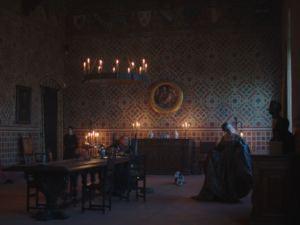 We see Pope Leo X (Simone Toffanin), son of Lorenzo de’ Medici, wearing a nightdress and having his ulcers cured while sitting on the throne, trying to convince Michelangelo (Alberto Testone) to work on the facade of the church of San Lorenzo, already commissioned to Sansovino (Andrea Contucci of Monte San Sovino). Nothing is regal, nothing is sacred, Michelangelo always wears the same dirty work tunic for the entire duration of the film, he doesn’t wash himself, he only eats salted cod, he sleeps on the floor, he works on the scaffolding day and night. He is obsessed with a curse and he doesn’t trust anyone, not even his two young assistants. He knows by heart all the Divine Comedy, he has a boundless admiration for Dante Alighieri. As an artist he can be considered as the first celebrity artist, he was esteemed and envied by all the other sculptors and painters who worked between the Vatican and Florence at the time, but, as a man, he was obliged to lower himself to commit pettiness, to steer a middle course between the two families who fought for power in Florence, the House of Medici and Della Rovere Family. The thirst for power and money sweeped away the pietas christiana. 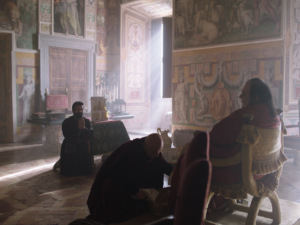 The first scene is set in 1512 at the Vatican, when the artist is still working on the Sistine Chapel; the curia put some pressure on him and sends Raphael, elegant and mischievous, to convince Michelangelo that it is time to let the Pope admire his masterpiece. Michelangelo is forced to hand over the Sistine Chapel to the Catholic Church, so he has time to keep the promise made to the Della Rovere Family: he will finally work on the tomb of Pope Julius II, already commissioned in 1505 and at the center of which will dominate the statue of Moses. The Italian Renaissance master, at that time in his thirties, was already well known for having sculpted the David and the Pietà. The Pope’s trust in Michelangelo aroused the envy of the other artists at the service of the Vatican, one of whom was Bramante. Michelangelo spent eight months in the Carrara quarry to choose the right blocks to make Julius II’s tomb, just as Konchalovsky spent eight months in the archives to brig back to life on the screen Michelangelo more as a man than as an artist. 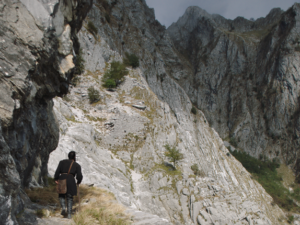 Harassed by suffering and persecuted by bad luck, Konchalovsky’s Michelangelo is shy with everyone, at his side there are only his two assistants Peppe (Jakob Diehl), who left Germany to learn from the great Tuscan master, but who will betray him, and Pietro (Francesco Gaudiello), very young and naive, but bound to Michelangelo by sincere affection. A strong bond is also with his quarrymen, the stonemasons of Mount Carrara, played in the film by real people, who still risk their lives to extract the marble at high altitude and for this reason lead extreme lives. The quarrymen have to face the “monster”, the largest block of marble extracted at the time. To satisfy the master, who wants to make his creation from a single large block, a quarryman dies, crushed by the “monster”. The scene in which the quarrymen push and carry the huge block of marble downstream is a scene reminiscent of monks carrying the bronze bell in Andrej Rublëv (Андрей Рублёв),  a 1969 film directed by Konchalovsky together with Andrej Tarkovskij (Андре́й Арсе́ньевич Тарко́вский). 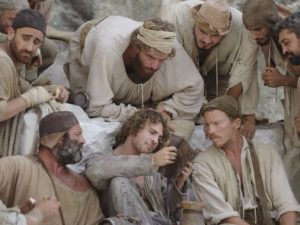 Michelangelo was obsessed with the lunensis marble of Carrara, but tempted by Pope Leo X, he abandoned the quarries of Carrara to use those of Monte Altissimo, in the province of Lucca, owned by the Vatican. In 1517, the Pope granted Michelangelo the right to use the marble from the Monte Altissimo quarry for the façade of the church of San Lorenzo. For Buonarroti that marble was like sugar, solid but crystalline. Yet the concession to Michelangelo, who for his obsessive passion for marble had betrayed his faithful quarrymen of Carrara, was revoked after a few years, as was the order for the church of San Lorenzo. 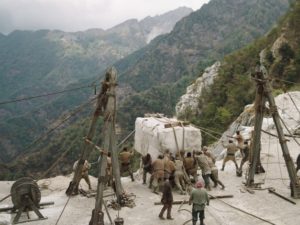 Michelangelo thus feels like the sculptor of the unfinished works, with the moral obligation for the promises he made and for the considerable down payments he received for the purchase of the marble. Even the construction of the tomb of Julius II took place only after forty years and the tomb, initially thought with forty-two statues, in 1542 was composed only by seven, of which only two were attributed to Michelangelo. The group of sculptures was placed in the church of San Pietro di Vincoli in Rome with the sublime Moses in the middle, carved shortly after the death of Julius II, but retouched in 1545, when the tomb was finished. 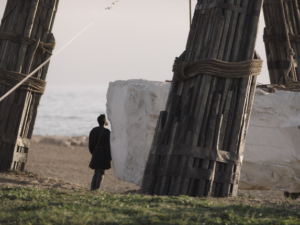