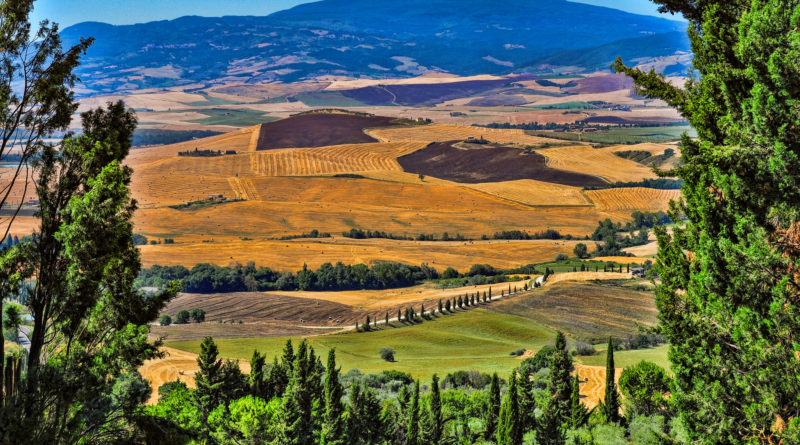 On March 8th a very interesting prize-giving ceremony took place A Journey to Siena and its Surroundings, starting from Sovicille and arriving in Montepulciano, bringing together places of the soul and geographical places.

The competition Shoot beauty with your smartphone in 7 minutes was launched during a series of seminars on bullying with the title Bullies & Heroes, held in Siena last November under the patronage of the Municipality of Siena, the Province of Siena, CRAL-MPS, Mens Sana Scacchi, the Chamber of Commerce of Arezzo and Siena and other organizations and institutions that also accompanied the second and final stage of the initiative promoted by the Centre for the Study of Psychology of Art and Expressive Psychotherapies.

The event involved school children of all levels, as well as university students, and was sponsored by Tuscany regional authorities, the Municipality of Sovicille, the Municipality of Montepulciano, TSN Tulips of Black Silk, GSA, AGE, AGIScuola, SNCCI, CONSCom, Gestalt University of Design (Mexico), 100Autori, Atelier Lumière.

The competition was born from an idea of Paola Dei, an art lover since her childhood, who took the inspiration for the contest form a famous phrase of Dostoevsky “Beauty will save the world“, in which the well-known Russian writer did not refer to the empty beauty of appearance, but to the beauty of true goodness. Thus the phrase acquires all its meaning for the young people of this generation. The world will be saved, when beautiful goodness returns to being a goal.

The tour of the awarding ceremony began at the Auditorium of the CRAS Bank, where the Deputy Mayor and Councillor for Culture and Tourism, Donatella Pollini, the pupils of the Ambrogio Lorenzetti Institute  and its teaching staff were present.

After the screening of Italo Moscati‘s film “1200 km of Beauty” (1200 km di Bellezza), the winners were proclaimed. A great deal of work has come from all over the province of Siena, where the Sienese countryside, the woods, the emotions of the Contrada and the monuments of the city have been filmed. One of the children wrote a beautiful sentence:

One day we will all die, but we will certainly die on horseback“.

For the section 6-13 years first classified were: Guendalina Becatti of the Contrada di Valdimontone and Noemi Amandolini of the Contrada dell’Oca. The little girls received a box set with films by Hayao Miyazaki, Walt Disney and other cartoons.

Winner for the 18-25 years section was proclaimed Leonardo Pucci, who told us he had learned to love musicals thanks to Don Andrea, a prister of the Province of Siena, who created a ‘sparkling’ young company, composed of school children. Thanks to this award, Leonardo will be able to attend some courses at Centro Sperimentale di Cinematografia. The committee that judged the works, which by regulation were received anonymously, was composed of representatives of MiBACT, TSN, SNCCI, LUMSA teaching staff, a playwright and writer. E-goTimes was also part of the giury.

For section 13-18, the teachers of the schools which take part to the project will decide the winner, based also on the results obtained in the schools.

The tour continued from the Liceo Poliziani of Montepulciano through many villages of the province. Some of the Poliziani teachears attended the event. Other distinguished guests were also present: Francesca Profili, city councillor responsible for Education, Professional Training, Sport and Civil Rights, Franco Rossi,  councillor for Culture, Paola Tassone, creator, author and referent of the Festival Tulipani di Seta Nera. The students of the high school Poliziani have made two wonderful films, which have the right to enter the programme of the Festival Tulips of Black Silk (Tulipani di Seta Nera), sponsored by RAI, the national public broadcasting company of Italy.

The event ended at the Cantine, a wine canteen owned by Maria Caterina Dei, with a tasting Vino Nobile di Montepulciano, one of the most important Italian red wines. All the partecipants visited the canteen, where the statue of a horse represents the symbol of the Sienese soul. The initiative, fully devoted to arts, was attended by Flavio Civitella, a paediatrician, Maria Pia Ceccherini, a teacher from the high school ITIS Sarrocchi, the councillor Francesca Profili and many other personalities. During the event Paola Dei and Maria Caterina Dei showed their video about the beauties of Siena.

On March 8th the national competition was launched.  This new exiting competition brings together five associations, which have embrace this challenging search for beauty from South to North Italy. So let’s wait for the next appointment of the contest, that will show us how young people from all over Italy understand the concept of beauty.

E-goTimes is media partner of the national competition. 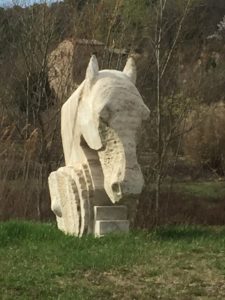 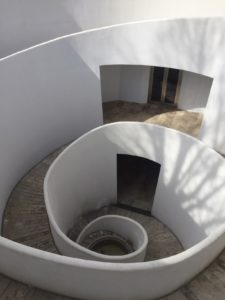 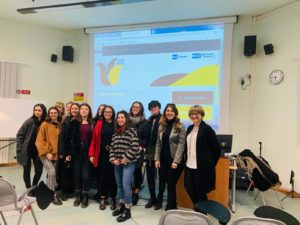 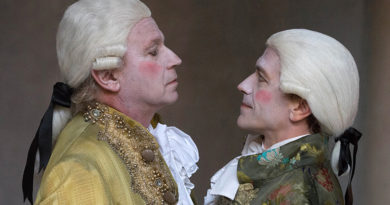 Amadeus: When The Irreverent Genius Meets The God Music Servant