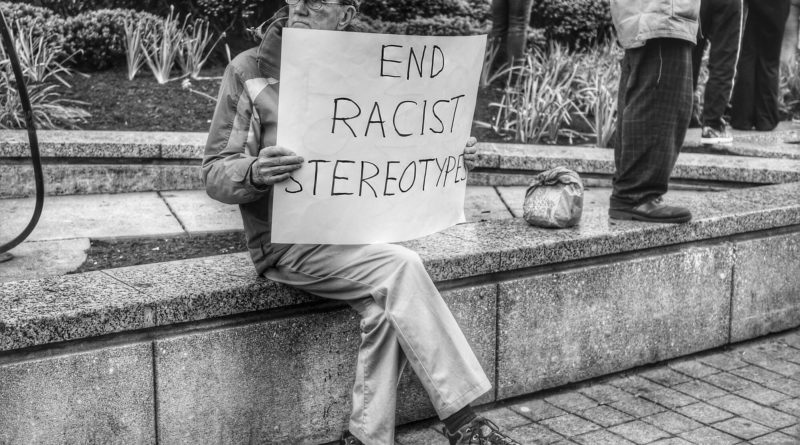 On June 1, 2020, China’s Foreign Ministry spokesperson Zhao Lijian defined racial discrimination in the United States as a social disease and warned the U.S. to take steps to protect minorities and their human rights.

I woke up the morning of June 1, 2020, with relatively high hopes for the beginning of the new month.

Not that I usually have high hopes but sometimes it’s good to send positive vibes to the universe.

I thought, “Well, it’s almost summertime, people generally get relaxed over this period between “Pass me the sunscreen!” and “A Piña Colada with a small umbrella on one side and a slice of pineapple on the other, please!”

Guess what? Rule #1: NEVER HAVE EXPECTATIONS.

Forget about sunscreen and slices of pineapple. From now on, I will remember June 1 as the “Hilarious Day.”

I woke up and turned my laptop on to check how many other tragedies happened in the world while I was sleeping.

DISCLAIMER: For those of you who don’t know me, there is 7 hours difference between where I am currently living and my home country. An eternity. Wars may be declared and new stupid people may become famous.

All that being said, let me go back to my story…

The first news that I read that morning was an article in which China’s Foreign Ministry spokesperson Zhao Lijian defined racial discrimination in the United States as a social disease.

He also warned the U.S. to take immediate steps to protect minorities and their human rights.

We are following the latest developments around the death of Mr. Floyd…We hope the U.S. government will take concrete measures…”

With all due respect: isn’t it hilarious?

China that admonishes the United States of racism and lack of human right protection…GIVE ME PIÑA COLADA AND POPCORN RIGHT NOW!

The ideology of Chineseness, or the notion of “being and acting as a Chinese,” is the main factor that has defined China’s identity, cohesiveness, and nationalism for centuries.

Racism in China against black people is no exception, especially when considering the racial discourse that has marked the Sino-African relationship since the 1980s as China’s foreign investments in Africa grew considerably.

The notion of Chineseness became the reason for many Chinese workers that migrated to Africa to draw a line between Chinese and non-Chinese people.

By the time that encounters between Chinese and Africans grew consistently during the 20th century, Chineseness became the tool to articulate the sense of belonging to China and its culture as opposed to African identities and communities.

Historically, the attitude of “drawing lines” to preserve the essence of “being and acting as a Chinese” dates back to the 19th century, but it was during the 20th century that the notion of Chineseness became increasingly embedded into China’s nationalism.

Since the outbreak of Covid-19, China has experienced a resurgence of nationalism, racism, and frustration seeking a scapegoat to this pandemic.

African communities living in China have been the main target of racial discrimination, especially in Guangzhou, the capital of the province Guangdong in southern China.

In April, all African nationals underwent a local 14-day quarantine and mandatory testing, despite having tested negative to previous tests or having never left China in previous months.

Many of them were also forcibly detained, evicted from their apartments, and forced to move to another city for no apparent reason.

This unhuman, racial attitude also spread on the Internet.

Hsiao-Hung Pai in his article to The Guardian on April 25, 2020 reports:

This is China, not Nigeria!”

Many users of the Chinese microblog Weibo have displayed their racism and resentment against foreign nationals amid the fear of the second wave of Covid-19.

The Chinese artist and political dissenter Ai Weiwei declared on April 24, 2020 to CNN:

China will never learn. It doesn’t matter what kind of disaster they’re facing. The only thing they learn is how well they use this authoritarian power to manipulate the story…”

There is no doubt that the United States has a long-standing disease related to racism and racial discrimination that dates back to its founding.

However, I still do not understand why world leaders and people – generally speaking – do not acknowledge that racial discrimination against black people is a “social ill” that belongs to every single nation despite its geographical location.

Acknowledging racism as a virus that is still eroding our minds and societies is the first step toward its cure.

Is racism something that pays for your food, bills, and mortgage?

Does being racist make you feel more socially accepted?

Does racial discrimination based on skin color make you feel ideologically superior?

Does it make you feel more “white” or “Chinese”?

I really cannot get the point of your cheap ideology.

Probably, I have to wait until July 1 to get the answers, although the idea to reach Crew Dragon astronauts is still on my plate. 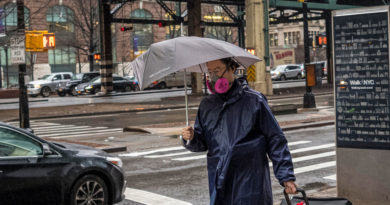