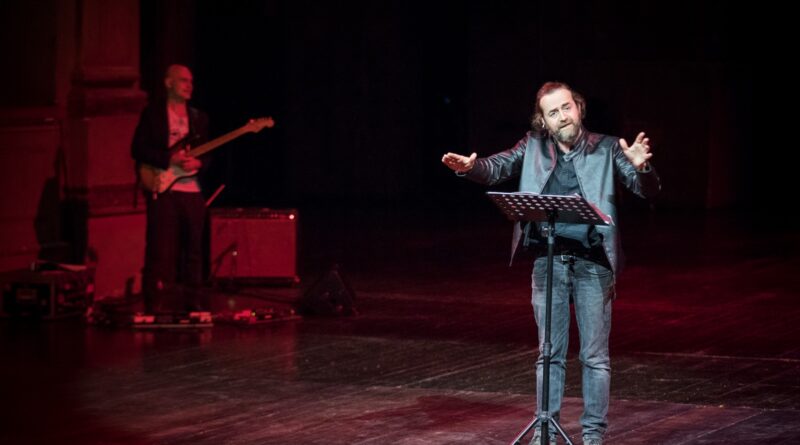 METAMORFOSI CABARET: scenes, music, acts of thought, the testimony of those who live in Rome in the new formula of the Teatro di Roma, which bursts onto the stage of Teatro Argentina to reopen the dialogue between the spaces of the theatre and those of the territory, listening to the social fabric and the urban context.

The first two episodes – Wednesday 23rd and Sunday 27th December – of the new format conceived and directed by Giorgio Barberio Corsetti will be broadcast in five episodes, telling the story of the many faces of Rome, between cabaret and stories of the city, involving young artists, professionals, comedians, authors, musicians, and representatives of associations and cultural and social realities. to talk about the crisis, new poverty, but also solidarity, mutualism, creative impetus, and the next future.

In the prologue of the first episode on Wednesday, 23 December (7 pm), the group of artists who will take up residence at Teatro Argentina for the duration of the cabaret will enter the theatre, which has been closed for weeks, to begin its metamorphosis during the episodes, starting with the body, the first element to be explored and with which it is possible to observe the transformation through the fragments of Emanuele Coccia‘s and Franz Kafka‘s words, the polar star of this stratified process. 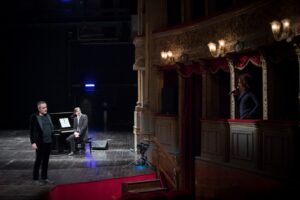 Continuing with the body of those who have made the street their home, through the human and participatory gaze of Ascanio Celestini, who talks about the Binario 95 association. Claudio Morici‘s cynical comedy leads us into the body for sale of the expanding city, with its contradictions and clichés. Following the definition of the term gentrification, we will leave Termini station and head for Centocelle, where the activists of the LAC – Libera Associazione di Centocelle (Free Association of Centocelle) will tell us how the neighbourhood is reacting to the pandemic through the activities of the GAM – Gruppo di Appoggio Mutuo. 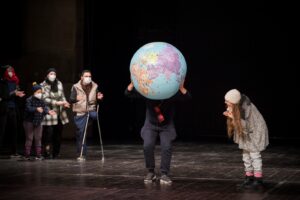 The body in transformation is also synesthesia, imagination, and in the process of metamorphosis, both the material and the meaning of things are overturned, beginning with the exercise of looking at the impossible landscape of Description of a painting by the German playwright Heiner Müller, played by Giovanni Prosperi, and then relies on the rhythms and atmospheres of the music on stage, among the protagonists of the cabaret in a continuous exchange between languages and temperatures: the constant voice of the episodes will be that of Ivan Talarico‘s surreal songwriting, poet and theatrical performer, and the first episode will be accompanied by Sgombro and Luca’s warm and nocturnal guitar atmospheres will accompany the first episode, Sgombro (mackerel) and the warm, nocturnal atmospheres of Luca Nostro’s guitar, a composer active on the contemporary jazz scene.

In closing, a look at the panorama of the Z generation with Alessandra Arcangeli, aka Hallyx, Cuban-born Roman singer and actress, a student of the “Silvio D’Amico” National Academy of Dramatic Art, introduced by Valerio Mattioli. ***

While our eyes still linger on the body in transformation explored in the first episode of METAMORFOSI CABARET, we shift our perspective a little to focus our gaze on the city of Rome, first explored in its physical dimension and now in its social one: its precariousness, violence, ungovernability, but also its welcoming and inclusiveness.
and inclusiveness.

Accompanied by the surreal pieces of the “resident” Ivan Talarico on piano and the jazz guitar of Luca Noto, this time the dark colours of Mark Fisher and Franz Kafka will inspire the path, providing a theoretical and poetic counterpoint to the interventions: Fortunato Cerlino, who will offer his interpretation in the reading of some poems by De Filippo; Christian Raimo, writer, teacher, activist and councillor for culture of the Municipality III, who will offer his vision of the city; Cecilia Bartoli, who will guide us through a day of life in the Ostiense district with Asinitas, a non-profit organisation committed to education and social interventions in the field of interculture.

The journey into Rome enters one of the most iconic places in the “raw” city: we find ourselves wandering around Ostia together with Eleonora Danco, in a city scenario so dreamlike that it transforms the imagery of the suburbs.

We follow this atmospheric trace, between beauty, sarcasm, and despair, and we hybridise it by moving it through the language of theatre: we take a leap into the European tradition, passing from a reinterpretation of the classic Romeo and Juliet to the exploration of the irreverent imagery of comic theatre, together with the monologues of Giulia Trippetta, Francesca Astrei, the contribution of the young people from the Pietro Gabrielli Integrated Laboratory directed by Roberto Gandini.

It will be then the choreographic writing of the body by Laura Scarpini of the mk company, to open, through the movement, still other possibilities to inhabit the space of Teatro Argentina. ***

MUSIC BY LUCA NOSTRO | IVAN TALARICO
In these two live performances, the stage takes on the role of a television studio to give life to a story of Rome, exceptional and varied as that of the present time, which will burst into the spaces of the Teatro Argentina, taking the floor directly from the voices of many artists, representatives of associations and cultural and social realities scattered throughout the city.

METAMORFOSI CABARET wants to intercept and return the nuances and energies that in these months are crossing the city of Rome and transforming our reality: the crisis, the new poverty, but also the mutualism, the creative impulse, the ability to imagine the future. 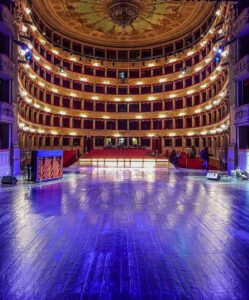 A cabaret version of a plural portrait of our present, streamed from the Teatro di Roma’s Facebook page for five episodes – 23 and 27 December and 3, 10 and 17 January – in which there will be a succession of live interventions from Argentina and video contributions live from Argentina and outside the theatre. A journey in stages in and around Rome, told in each episode from different perspectives and testimonies that follow each other, and that intertwine tell a single story with many faces.

This multifaceted journey will be led by a “resident” company composed of Giorgio Barberio Corsetti himself, who also directs the shows, as well as the actors and actresses of La metamorfosi Giulia Trippetta and Giovanni Prosperi and the young people from the Piero Gabrielli Integrated Workshop who, together with Roberto Gandini, will occupy the theatre for the entire duration of the cabaret.

They will be accompanied by the music of Ivan Talarico, on piano, and Luca Noto, on electric guitar, as well as a series of artists from the Z generation who will alternate in the episodes. This multifaceted panorama will also include contributions from Roman artists who will recount their favourite or most lacerating cross-section of Rome.

The episodes of Metamorfosi Cabaret will be later made available on the YouTube channel of Teatro di Roma. 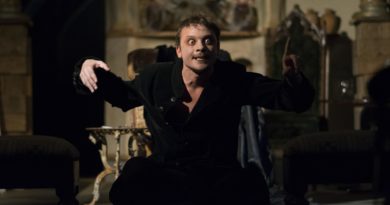 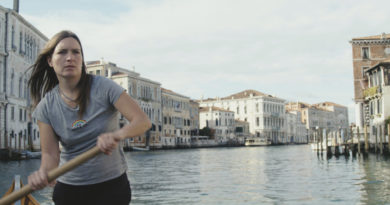 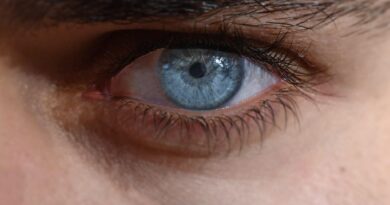