The rider who won the Eni ‘Small Grand Prix’ in the 88th edition of the CSIO2021 at Piazza di Siena is the 40-year-old Kent Farrington from Chicago with Creedance, a 14-year-old chestnut.

Farrington and Creedance also won the Land Rover Prix two days ago. Farrington, who won the same Prix in 2019 riding Gazelle, confirmed on Saturday 29 May 2021 the victory, considering that in 2020 due to the pandemic Piazza di Siena did not take place.

Thirteen of the 68 pairs at the start of this mixed competition (h. 155) were admitted to the second round and competed for the victory: five repeated the fault-free-round, but only Farrington broke the wall of 36 seconds, stopping the clock at a fantastic 35.66, which allowed him to win a race with a total prize money of 95,000 euros.

As for the Six Barriers Loro Piana, which closed the third day of the 88th CSIO of Rome at Piazza di Siena, the victory went to the Egyptian rider Karim Elzoghby with Zandigo, who jumped 1 meter and 90 centimetres, winning in the final jump-off his first trophy at Piazza di Siena.

The Intesa Sanpaolo Nations Cup of the 88th CSIO of Rome at Piazza di Siena went to Belgium after a second round with Germany: Gregory Wathelet with Nevados S for Belgium completed the course in 36.01 against the 36.63 of German Kendra Claricia Brinkop, with Kastelle Memo.

Olivier Philippaerts on H&M Extra, Yves Vanderhasselt on Jeunesse, and Jerome Guery on Quel Homme des Hus were the other members of the winning team. This was Belgium’s second triumph in the Roman Nations Cup: the first came in 2014 with two other Philippaerts in the team: Ludo and Nicola, Oliver’s father and twin brother respectively.

This is the fifth time in the last forty years that the team competition has been decided by the barrage: the last time was in 2013, even with three teams with Ukraine winning over Germany and France. Previously, the barrage took place in 2008, 1995, and 1994.

See you this afternoon for the Rome Grand Prix…and let’s hope that the rain will not spoil the day! 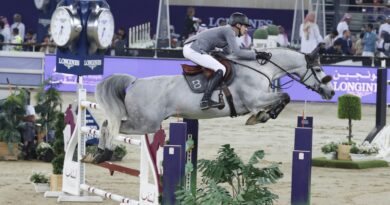 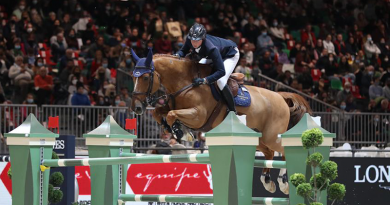 Verona Fieracavalli 2021: All the Highlights of the First Week at Jumping Verona