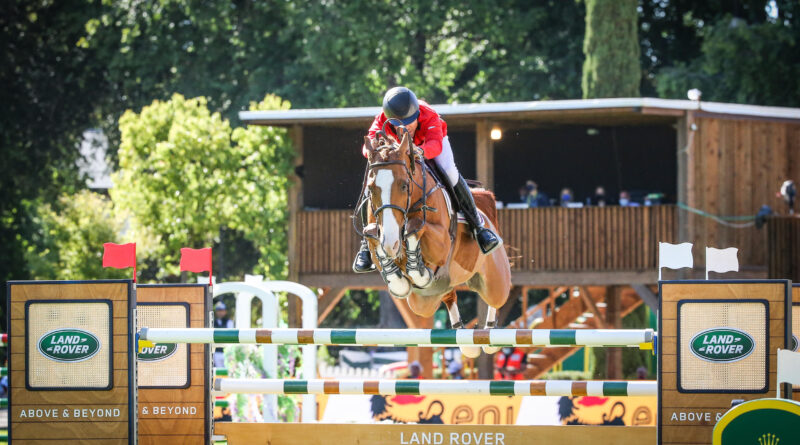 Piazza di Siena 2021 is back with an exciting programme, but behind closed doors. Let’s have a look at the news of one of the most important horse shows in the world.

After a year of forced stop due to the pandemic, the racing oval of Piazza di Siena is ready to welcome the best of world show jumping for the 88th edition of the CSIO of Rome (26-30 May), which will have a total prize money of 800,000 euro.

Piazza di Siena 2021 – officially presented on Friday 21st May during the press conference – has an interesting programme, in addition to international competitions, lovers of show jumping can also enjoy national competitions for juniors and ponies, as well as the polo tournament Italia Polo Challenge. The traditional military parades have been cancelled, in compliance with anti-Covid-19 regulations. There will be no grandstand and no ticket office. It will be possible for fans to follow all the competitions, however, thanks to the extensive television coverage of Rai2 and RaiSport HD. It will also be possible to follow the streaming on the official channel.

The group of champions will be led by the world number 1, the Swiss Steve Guerdat, the 2012 Olympic champion, three times winner of the World Cup and leader of the world ranking in the last two years. He recently won in France the Grand Prix of the first CSI5* held outdoors this year and then repeated the victory last Sunday in the CSI4* in Gorla Minore.

In addition to Guerdat, the entry list includes four other FEI Top Ten riders: Martin Fuchs from Switzerland (no. 3), Kent Farrington from the US (no. 7), Scott Brash from Great Britain (no. 8), and Darragh Kenny from Ireland (no. 10).

Twelve teams will take part in the Intesa Sanpaolo Nations Cup on Friday 28 May, representing four continents: Belgium, Brazil, Czech Republic, Egypt, France, Germany, Japan, Ireland, Italy, Mexico,  Sweden, and the United States.
Egypt, Japan, and Mexico have been missing from the Nations Cup in Rome for a long time: 21, 53 and 67 years respectively! The Czech Republic, on the other hand, will be making its debut: in the past, there was just one participation, in 1930, when it was still Czechoslovakia.

The Italian team is awaited by the public, after two consecutive victories in 2017 and 2018. In 2019, however, Sweden was the winner: Angelica Augustsson Zanotelli, Douglas Lindelow, and Angelie Von Essen will try to repeat the success of two years ago together with Malin Baryard-Johnsson, who has taken over from Rolf Goran Bengtsson. The first victory of Piazza di Siena 2021 goes to the Italian rider Filippo Marco Bologni with Quidich de La Chavee, who have won the DeNiroBootCo Prix. The Land Rover Prix went to Kent Farrington on Creedance (U.S.A.).

36 Italian riders will take part in Piazza di Siena. This is the complete list:

Individuals with participation in the Rolex Gran Premio Roma

Individuals without participation in the GP

Individuals for the ‘Small Tour’

Click here for full details of the show programme.

This is the RAI schedule for the CSIO di Roma Piazza di Siena 2021:

The official presentation of the CSIO 2021 Roma Piazza di Siena was held on Friday 21 May inside the riding oval of Villa Borghese with speeches by top Italian sportsmen.

The first to make a public statement was President of FISE Marco Di Paola:

This time, no speeches prepared on the eve of this presentation, just the words from the heart. To say that I am particularly moved, after a terrible year and a half, in which we have lost loved ones and loved ones, and at the same time tiring, often working during the day, at most during the week. When we started planning this edition of Piazza di Siena in December, we wondered if we would make it. And now we are here with enormous satisfaction, thanks to the synergic work of all the components involved. We are on the eve of an event that is, as always, of the highest level, of absolute world-class, despite the great competition from equestrian competitions in other countries. And it is significant to be able to do so thanks also to the sponsors, who have not failed to help despite the limitations still associated with the pandemic”.

Piazza di Siena is a place that owes its beauty and uniqueness to the Borghese family. We are all proud to have contributed to restoring it and transforming it year after year in order to welcome not only a great event like the CSIO 2021 but also the Romans themselves and tourists from all over the world. It is a perfect combination of sport and nature as it was during the months of the pandemic when this oval was used as an open-air gym.

CONI President Giovanni Malagò thanked all those who contributed to the realisation of the 2021 edition:

Piazza di Siena is a bet that has been won, and in a big way, by all those who contribute to its success. A few years ago it was difficult to be sure, grappling with enormous problems, but tackling them all together has helped to resolve them, even against the fears, complaints and pressure from associations and groups wary of safeguarding the park. And instead, Piazza di Siena is now something special, more than before, different from any other Roman sporting event in terms of location and assets available, in full respect of the city and its citizens”.

The Mayor of Rome Virginia Raggi emphasised that the city of Rome also needs a fresh start in terms of sporting events:

Together we start again. We have worked hard for this goal, after a tragic year in which we have discovered something very important such as resilience, which makes us go forward, perhaps finding alternative ways to those of the past. The grass at Piazza di Siena had worn out during this period, due to the intense sporting activity of the various clubs and societies, but it has been repaired and now here it is, perfect in all its splendour. And Rome confirms itself as the great capital of the restart, ready to host other important sporting events, such as the upcoming World Skate Championships or the European Swimming Championships in 2022 or the European Athletics Championships in 2024″.

Sports Delegate of the Lazio Regional Government Roberto Tavani concluded the speeches of the representatives of the institutions:

Lazio Regional Government stood by the organisers of sports events during the complicated period of the pandemic, guaranteeing unprecedented support and extraordinary relief to the many amateur sports associations and clubs. Now we will try to stand by the events for the restart of the sporting world and beyond. And in the field of equestrian sports, we will support the Italian Federation of Equestrian Sports (FISE) for the World Championships to be held in 2022 at Pratoni del Vivaro”.

The 88th edition of the “CSIO – Concorso Ippico Internazionale Roma Piazza di Siena – Master d’Inzeo” in addition of guaranteeing an extraordinary quality in sport, culture and environment, represents an important step for the come back to normality and an opportunity to renew the collaboration between the Istituto per il Credito Sportivo, a public bank for the sustainable development of sport and culture, and the Italian Federation of Equestrian Sports and Sport and Health, with the aim of promoting the further development of Piazza di Siena.

The ICS has already been contributing for several years to the project for the rennovation of the historical, artistic and landscape heritage of the Villa Borghese area, which in this edition also includes the regeneration of the centuries-old trees in the Valle dei Platani, one of the picturesque places of the Villa, where visitors can enjoy nature in the heart of the Italian capital: these plane trees were planted in the 17th century by will of Cardinal Scipione Caffarelli Borghese. At that time the many trees constituted a thick wood. Today, although this environmental and landscape heritage has been reduced in quantity, it still constitutes a fundamental ecosystem for the biodiversity of this amazing green lung, which also contributes to the defence against smog, limiting, in fact, the impact of pollution on the health of citizens.

The 2021 edition of the CSIO of Rome, to which Credito Sportivo offers a contribution as an institutional partner on spreading a sustainable lifestyle, has adopted a traditional approach in the organisational and infrastructural model, a sort of return to the origins, combining the great beauty of a unique open-air sporting facility with the charm and excitement that only equestrian sports can give to the public. 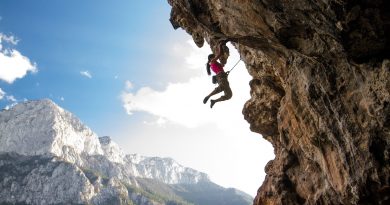 Climbing Iran: The Documentary That Tells The Story Of Nasim Eshqi And Her Challange Against Gender-based Violence 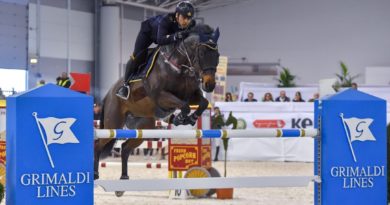 Cavalli a Roma 2020: the Grimaldi brothers triumph in show jumping 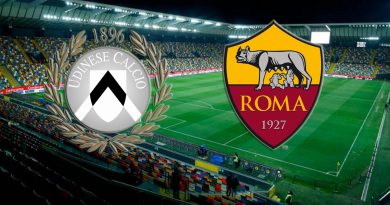