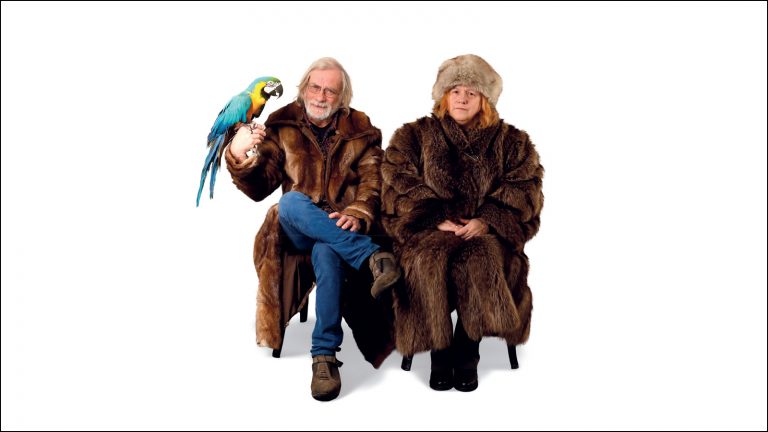 The Cherry Orchard. Thirty Years of Happiness on Loan for Use is the new performance by the Italian theatre company Kepler-452, which was staged at the India Theatre in Rome from 14 to 17 February.

The original title of the play is Il giardino dei ciliegi. Trent’anni di felicità in comodato d’uso. The young Bolognese playwrights think out loud about the dialectic between Enlightenment and magic, between law and nature, and ask themselves in what direction mankind is going. These thoughts are the basis of their original reinterpretation of the famous homonymous play by Anton Chekhov. 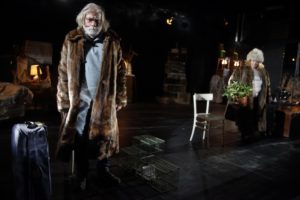 The performance tells the story of a meeting between Annalisa and Giuliano Bianchi, modern ill-fated Ljuba and Gaev Ranevsky, who lived for thirty years in a suburban farmhouse, that the Municipality of Bologna had granted them on a loan for use. In 2015 the forthcoming opening of Fico Eataly World, one of the largest food parks in the world, right in front of the house in which the couple was living, coincided with the arrival of an eviction injunction for the two elderly people, who suddenly, after a life spent among luxuriant trees and plants, dogs of all races, snakes, other exotic animales, birds of all shapes, slaughter beasts, a baboon and a parrot, are forced to abandon their beloved animals and leave their home in a hurry and fury, to end up in a squalid residence, locked up between four walls. 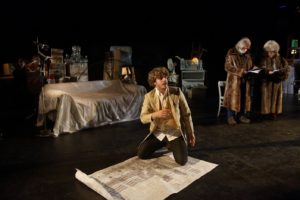 Anton Chekhov imagined that in an undefined year at the end of the 19th century the cherry orchard of Ljuba and her brother Gaev, landowners in pre-revolutionary Russia, would be put up for auction together with their house, to pay back their debts. The centre of Chekhov’s play was the disappearance of a magical place, deeply imbued with the lives of its inhabitants. The similarities with the story of the contemporary Bolognese couple are evident without the need for redundant explanations. 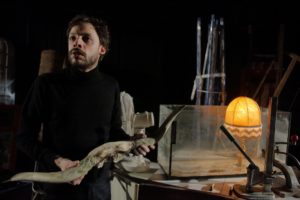 According to Svetlana Evdokimova from the Brown University, the original play has been alternately interpreted as sentimental, cruel, comic, or farcical. We can classify it as a “modern tragedy” or “cosmic drama,” or “cosmic vaudeville“, according to Maurice Valency. These definitions are also perfectly suited to the new Italian version of the play, with an ironic and convincing Lodo Guenzi, at ease on stage, rather more than in front of TV studio cameras. He interprets Yermolai Lopakhin, a man who is ambitious and sensitive at the same time and who cannot translate is money making capacity into human relationships. A parvenu confident in his business life, but who has a sort of nostalgic reminiscence of how he was “mothered” by Ljuba. The Bianchis are also at ease on stage. Without having attended any actor studio, they hold audience attention for over an hour, simply by telling their moving story. We also appreciated a “joyful” Anja (Paola Aiello) and a passionate Trofimov (Nicola Borghesi) with his revolutionary ideas. 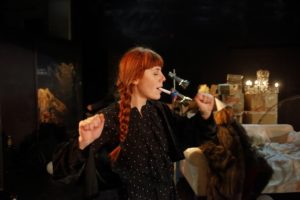 The play is a true post-modernist farcical “Chekhovian comic”, with its good-humored but foolish protagonists, “both charming in their gullibility and pathetic in their utter confusion”, quoting again Svetlana Evdokimova.

Loving and doing are in contrast in Chekhov’s Cherry Orchard, like social and personal planes of existence, as Bernard Beckerman from Columbia University noticed. 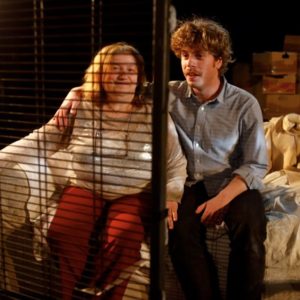 But even more significant in Chekhov’s Cherry Orchard is the contrast between the progress that advances, represented by the train that arrives in the first act and that brings the Ranevskys back after years to their country home and the bucolic life (not the holiday one), that resists progress, represented by the garden. In his play Chekhov portrays both the positive and negative impact of progress. As Laurence Senelick has observed:

It would be a mistake to adopt wholeheartedly either the sentimental attitude of Gaev and Ranevskaia to the orchard or the pragmatic and ‘socially responsible’ attitude of Lopakhin and Trofimov”.

That eagerly hoped progress for both Russian State and its people, which through the revolution should have brought a “radiant” future, has turned into an infernal mechanism, so that the Russians have sought refuge from that suddenly feared progress in an “idealized” garden of the past. 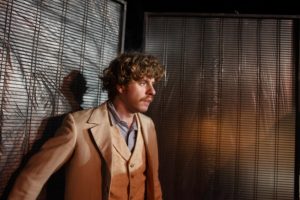 And what happened meanwhile in the “red” Bologna that made of social progress its workhorse? The train has become Fico Eataly World, the bulwark of globalization that wants to bring order and standardization even in the unique and wild nature, while the garden of the past is represented by the freak rallies on the hills of Bologna, by that Communard model repeated in 1968, according to which the public good is a high value and the property belongs to those who possess it, indeed to those who use it. 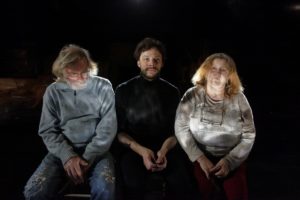 But this concept of public good has frayed with time, and if we, young people of the Nineties, heard it as an echo from our parents, who took part to the protests of 1968 or, at least, witnessed it, and fortunately still managed to tell us about it, who shall pass it on to the Millennials? The thirty-year-olds of today already doubt about it. Young Western civilized people cannot walk in nature, they do not own the right shoes for that, they do not know how to recognize a toadstool from a mushroom, they can’t give a name and a shape to birds.

Are we really waiting helpless for the the toxic cloud to come and turn us into a bleak sci-fi dystopian tale? The ensemble Kepler-452 invites us not to take for unavoidable the disadvantages of progress.

2 pensieri riguardo “Love in the Time of Eviction: What’s so Funny about Losing One’s Estate”