The short-form video app TikTok is dominating the Internet by turning into a tool for activism, political movements, and community building, especially among Gen Z users.

TikTok is a worldwide social media platform powered by Bytedance, a Chinese multinational company based in Beijing, launched on the internet for the first time in 2017. Its primary function enables its users to create short clips (from 15 to 60 seconds) in which they lip-sync, dance, act and perform challenges, with a full sequence of filters, hashtags and music background available.

Because of its addictive structure based on an unlimited stream of videos and personalized algorithms which seem to wisely pick the right contents to show each user on the “For You Page”, Tik Tok has become the most downloaded app, especially during COVID-19 pandemic when teenagers had to face lockdown reality by ending up having social life exclusively online.

As silly as TikTok appears to be at first, it actually provides many controversial opinions on whether or not it is appropriate.

This social media is surely oriented towards whoever wants to impress an audience and receive visibility by following just a few simple steps, which are: create a profile page and start uploading short entertaining videos. It is a window on the world, especially for teenagers eager to build their own personality and seeking attention.

Being really interactive, TikTok allows its users to be as creative as possible, show other people their talents, and help them even earning from it. It also helps people to expand their social circles online and it strongly supports communities, such as the LGBT+ one which has now taken over the app and uses TikTok as its main tool to shape ideas, create awareness and self-discovery.

However, the younger generations are definitely playing by their own rules, using the platform to spread wrong ideas primarily on body image. This uninterrupted focus on the physical aspect makes no good for young people who are continuously exposed to an infinite number of videos online claiming how the perfect body should be. Sometimes this leads to social anxiety, lack of self-acceptance when one doesn’t match the standards, or even eating disorders, which all have a devastating impact on mental and body health.

Moreover, due to the unlimited stream of entertaining contents, the app is structured on, it is hard for its users to look away and take a break from it. Many researches have confirmed that addiction to social media can be compared to gambling on slot machines or abusing drugs such as cocaine. This is why lately more and more people have been trying to disable their accounts or delete the app.

Caterina Marcucci (@cattyv4), tiktoker of about 80.5k followers, says: “I had to delete the app. I was getting crazy and too obsessed with it. There were times when I spent almost the whole night watching TikTok videos, unable to get tired of it”. Now it’s been a while since she last posted anything, but at the very beginning, her audience got bigger and bigger for each uploaded clip, not letting her “breathe” freely by demanding new content every day.

How Tik Tok got political

But what is the actual threat of this social media on our everyday life? Except for being just a viral content-producing factory, nowadays TikTok has taken a whole different turn. In fact, lately, it has been dealing with strong political issues, as we were able to see with the Black Lives Matter movement or the last US presidential elections.

After the killing of George Floyd, TikTok has shifted its contents mainly towards social issues that reflect the current world we are living in. Many videos demanding justice for Breonna Taylor and other black Americans involved in the police’s abuses, spread all over the platform, along with information on how to behave and ally properly.

Similarly, during the last US elections videos declaring support for or against Donald Trump were really popular among users from all over the world. Hashtags, trends, and fan culture at their best were put together to celebrate or deny individual politicians.

As well as many racist or even anti-Semitic TikTok videos that get viral every day, sparking rage and indignation among the users and raising questions on whether or not a better-regulated community guideline of the social media should be established.

Today, it is crucial to underline how the social media system is rewriting the world’s history. In the future, it is likely that more and more politicians will be using and producing contents not only on Twitter (currently the main social media responsible for creating political treads) but on TikTok also, increasingly inspired by the users’ interactions on the platform concerning such matters. 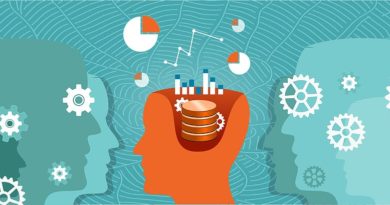 Forum PA 2020: The Digital Resilience Of The Public Administration in Italy 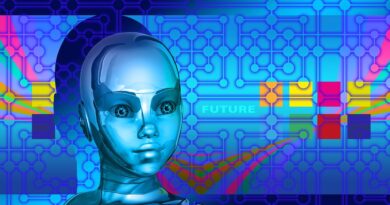 Digital Society: The PA Restart Forum focuses on the Digital Transformation of Public Administration in Italy